To share your memory on the wall of Alberto Iaccino, sign in using one of the following options:

Alberto was born in San Fili, Cosenza, Italy on July 30, 1938. Following his sole voyage to Canada as a young teenager, he worked as a custom upholsterer and later as a custodian. He was a very hard-working family man who always wanted to remain active. A clear illustration of this was his dedication to his backyard gardening and the mastering of his culinary skills. He was also a great storyteller with the ability to captivate audiences on memorable moments from his life.

Alberto will be fondly remembered within the hearts of many, and he will be deeply missed by all of us.

In lieu of flowers, donations may be made to the Heart and Stroke Foundation.
Read Less

To send flowers to the family or plant a tree in memory of Alberto Iaccino, please visit our Heartfelt Sympathies Store.

Receive notifications about information and event scheduling for Alberto

Show you care by sending Flowers

Donations are being accepted for: HEART AND STROKE FOUNDATION OF ONTARIO.

We encourage you to share your most beloved memories of Alberto here, so that the family and other loved ones can always see it. You can upload cherished photographs, or share your favorite stories, and can even comment on those shared by others.

Posted Dec 17, 2020 at 01:39pm
We love you dad....grandfather. We will cherish you for Eternity. Love always your daughter and grandson.

Flowers were purchased and a memorial tree planted for the family of Alberto Iaccino. Send Flowers 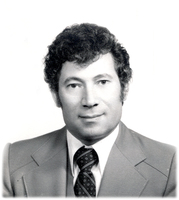