To share your memory on the wall of Luigi Di Clemente, sign in using one of the following options:

Born in Roccamorice, Pescara Abruzzo Italy, he came to Canada as a youth with his three siblings, which have predeceased him. Antonio Di Clemente (Sherrie), Maria Paoletti (Alberto) and Umberto Di Clemente (Bonnie). The family lived in Niagara Falls, Ontario where his father worked for Ontario Hydro. After moving to Toronto, Luigi attended McMurrich Junior. As a teenager, he delivered prescriptions for the local pharmacy and worked as a Copy Boy for The Toronto Star. He was proud to have worked along side of Pierre Berton and Doug Griffin. One of his big responsibilities was to help his Italian cousins assimilate into the Canadian culture and help them with their English and to navigate the big city as they looked for jobs. Luigi's father sponsored and housed many of his and his wife's brothers and sisters and their children when they immigrated to Canada.

At the tender age of 18, Luigi tried to join the Royal Canadian Engineers. The recruiting officer sent him home, telling him, "it seems your parents need you more than we do". In 1961, he was successful in enlisting as a Sapper. He completed his Recruit training in 1963 in Chilliwack, BC. Luigi completed two tours in Germany. The first from 1964-1967, and the second 1969-1972, after which he finished his Military Career.

Upon returning to Canada with his wife, Gisela (nee Westhoff) who he married in Werl, Germany, and children, Diana and Daniel, he worked in the Construction industry in Toronto for a few years. He eventually began his apprenticeship training as an Electrician. Upon successful completion, with the designation of Journeyman Electrician, he moved his family to Belleville, Ontario on the advice of a Sapper friend, Jean Mathieu. Jean's wife Karen operated a hairdressing salon, where Gisela worked after completing her hairdresser training.

In Belleville, Luigi worked for others, until he decided Union Shop was not for him, and went out on his own to start up his own business, DC Electric, Ltd. At that time, he also, attended Loyalist Collegiate and Vocational Institute and acquired his Fundamentals of Refrigeration, Phase II. During his time in Belleville, he had his daughter, Diana helping him, hoping that she would decide to apprentice under him. He was very proud when his son Daniel decided to follow his father's example.

In 1993 Luigi married Polly and moved to Abbotsford BC. There he attended British Columbia Institute of Technology to upgrade his ticket to Provincial status and practiced in BC. He immensely enjoyed his job. It wasn't a job for Luigi, it was a hobby. He loved people, he loved his job. He loved working with the tradesmen regardless of their occupation. He made friends quickly and easily and loved them all. He was always eager and willing to help anybody. Many of these friends feel he was like a brother to them.

He will be deeply missed by his wife Polly of 27 years, his children, his grandchildren and his great grandchildren. Luigi was predeceased by his step-son Shayne. His step-daughter Tanya Reitz (Chris) and her children, Phoebe (Larkin) Wasmuth, Leah, Jared, Magdalene, Claire, Markus, Joel, Stephen, Ethan and Julia are left to mourn the loss of their Nonno. He will also be missed by his family in Werl and Wickede, Germany, his, niece Carina Paoletti, his nieces Angela Di Clemente, Christina (Greg) Neal, and Gina Di Clemente. His Nephews Donnie and Joey Di Clemente. His long time good friends, Herb Pelz from Mission BC, Garnet Donovan from Carrying Place, Vince Hohn, Chilliwack, BC, Ted Sillito, Lethbridge, Alberta, John Boone, Calgary, Alberta to mention just a few.

His Italian family called him Gino. Gino was loved and respected by all. He leaves an Aunt, Zia Concetta and many, many cousins in Toronto, Italy and Belgium to mourn. Gino will always hold a special place in our hearts. May he rest in peace and may peace be with us all. We all have fond memories of the wonderful man. Let love persevere. Riposare In Pace.

A most sincere thanks and appreciation to the Doctors and Staff at the Dorothy Macham Centre, who went above and beyond to care for Luigi. Thanks to the many Home Care workers that took care of him in Abbotsford, especially Maria Karwandy and Tanya Chow. Thank you to Dr. Robin Hsiung of UBC, who took Luigi under his wing for so many years, and thank you to Dr. Norman Parkin who cared for his health and well-being for almost a quarter of a century.

Viewing will be held at the Bernardo Funeral Home, 2960 Dufferin Street in Toronto,
(416-789-7661), from 9-12 on Monday, March 15. Due to Covid restrictions, the number of visitors at one time will be limited. Please RSVP online. A Private Funeral Mass will follow at St. Charles Borromeo Church, 811 Lawrence Avenue West, Toronto at 1:00 p.m. A Second visitation will be held at the John R. Bush Funeral Home from 9:00 am to 11:00 am on Tuesday, March 16, 2021 at 80 Highland Avenue, Belleville, Ontario
(613-968-5588). Please call in advance to register. Following the Service, Internment will be at the St. James Cemetery, Belleville, Ontario.

To watch Luigi's Funeral Mass on Monday, March 15th, 2021 at 1:00 p.m. Please use the link below
https://m.youtube.com/watch?v=w-vcpKlBa8E&feature=youtu.be
Read Less

To send flowers to the family or plant a tree in memory of Luigi Di Clemente, please visit our Heartfelt Sympathies Store.

Receive notifications about information and event scheduling for Luigi

Show you care by sending Flowers

We encourage you to share your most beloved memories of Luigi here, so that the family and other loved ones can always see it. You can upload cherished photographs, or share your favorite stories, and can even comment on those shared by others.

Tasha and the kids, Tanna and Dan and families and Diane Rosati sent flowers to the family of Luigi Di Clemente.
Show you care by sending flowers

We were saddened to hear that Luigi Di Clement passed away. He was a gentle and humble person who loved his family and friends very much. Luigi made time to speak to many many people in his family as well as friends, eventhough he was busy with so much in his accomplished life. He will be fondly remembered by all his family and many friends who had the opportunity to meet and enjoy his company while he was with us. May he now rest in eternal peace. God bless all his family and freinds who he loved so dearly. Heartfelt condolences to all his family.

Posted Mar 13, 2021 at 09:12am
Our deepest condolences to Polly, Daniel, Diana and family. Our thoughts and prayers are with you. Tony & Mimi DiMatteo & Family
Comment Share
Share via:
LD

Posted Mar 12, 2021 at 10:45pm
Our deepest condolences to Polly, Daniel, Diana and all the family. Gino was a beautiful and good-hearted person. May God bless his soul. He will be missed, as well his smile and laughter , from your cousin Lina and Luigi D’Angela and family❤️
Comment Share
Share via:
TF

Tasha and the kids, Tanna and Dan and families

Tasha and the kids, Tanna and Dan and families purchased flowers and planted a memorial tree for the family of Luigi Di Clemente. Send Flowers

Posted Mar 12, 2021 at 03:34pm
Our most sincere condolences to Polly, Daniel, Diana, their spouse and family . From Vittorio, Diane and Franco Rosati 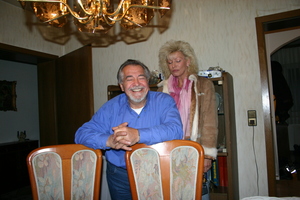 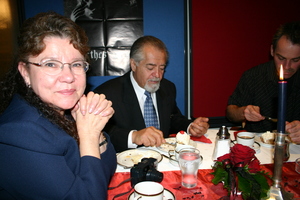